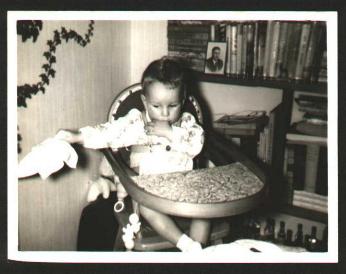 The first years of my life were not very interesting. Just in time diner, just in time my toys, just in time to bed. I was waiting for the invention of the 20th century: the computer! A few years later, I was moved to Hellendoorn, I got my first idea about my future life. Web-director, that was it! But those main-frames were even as big as a house! So, one moment please ...

In primary education I was introduced to a very primitive printer (left). It was a small bar with blue liquid. They called it "a pen". Between reading and sums I made my first cartoon (right). 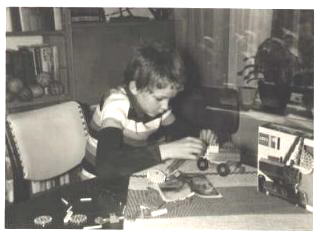 On my 10th anniversary I got a construction kit. It was very disappointed to notice it was not a computer, but a hoisting crane. 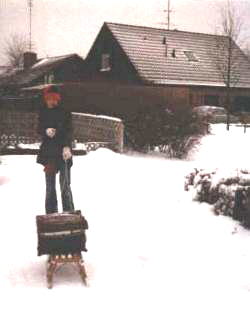 The adults didn't want to give me a computer. So I had to become a newspaper boy, to earn my own computer. One day someone told me there were plenty of computers in Sweden. But wherever I looked, no one.

So it took years and years, but finally I have my own homepage.